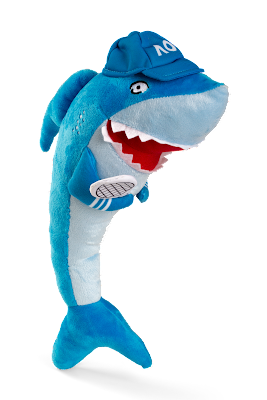 While the actual Australian Open will be played between 20th January and 02nd February, 2020, the qualifiers have started and the action is on. All Tennis fans will be happy to know that the players are raising funds for people affected by the recent catastrophic bushfires in Australia which have caused a lot of death and destruction. To know more about this wonderful initiative please visit - Aces for Bushfire Relief. So far over $ 5 million has been collected and the number of total aces served is 5528.

The top 5 seeded players in this year's Australian Open are Rafael Nadal, Novak Djokovic, Roger Federer, Daniil Medvedev, and Dominic Thiem in the Men's section. In the Women's draw all eyes will be on the home girl Ashleigh Barty, Karolina Pliskova, Naomi Osaka, Simona Halep, and Elina Svitolina. Hope the first Grand Slam tournament of the year provides lots of quality action for all Tennis lovers around the world. 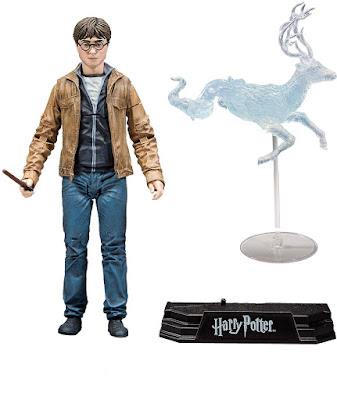 Dear Wizards Unite fan, last month I did a post on After Christmas Sales on Harry Potter Toys and to begin the year we took a look at the Alice Action Figures by Diamond Select Toys. I hope you are aware about the PLAYMOBIL Novelmore Series as well. It features some really well designed construction toys.

Moving ahead in our journey we take a look at the Harry Potter Wizarding World Action Figures by McFarlane Toys. Before doing that I'd like to inform you regarding the latest happenings related to the Wizard of Hogwarts.

There is now a Harry Potter Themed Cruise available for all Harry Potter fans who happen to be in the city of London. The length of the cruise is 1 week and dates are available from August 5 - 11 and 19 - 25. The World's First Ever Harry Potter Flagship Store Is Coming To NYC This Summer. The Wizarding World store will be located next to the iconic Flatiron Building at 935 Broadway. It will feature the largest collection of Harry Potter and Fantastic Beasts …
Post a Comment
Read more 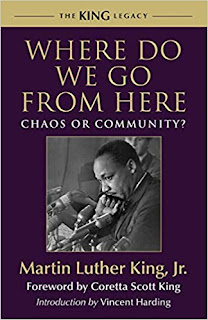 Observed on the third Monday of January each year Martin Luther King Jr. Day is an American Federal Holiday which marks the birthday of the noted Christian minister and activist who became the most visible spokesperson and leader of the Civil Rights Movement.

Featured in this post are some gifts for you and your family and friends which I am sure will be appropriate for remembering the struggle of Martin Luther King Jr. which helped make the US a better nation overall.


1. Where Do We Go From Here : Chaos Or Community? (King Legacy) : In 1967, Dr. Martin Luther King Jr. isolated himself from the demands of the Civil Rights Movement, rented a house in Jamaica with no telephone, and labored over his final manuscript. In this Prophetic work, …
Post a Comment
Read more 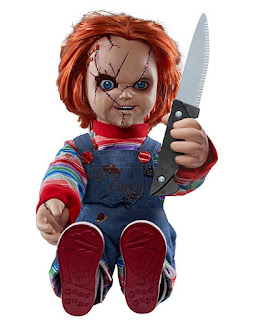 All fans of Chucky the killer doll will be delighted to know that SYFY has ordered a new series on him. In the new Chucky TV series after a vintage Chucky doll turns up at a suburban yard sale an idyllic American town is thrown in to chaos as a series of horrifying murders begin to expose the town's hypocrisies and secrets.

As we impatiently await this new TV series I thought it would be appropriate to create a post on the best Chucky the killer dolls available for purchase.


1. Spirit Halloween 2 Feet Talking Chucky Doll : Chucky's head moves side to side, his mouth opens and closes, and the hand holding his knife goes up and down. This Chucky doll has an on-off switch and it utters phrases from the movie. Buy Spirit Halloween Chucky Doll.


2. Mezco Toys Chucky 15 Inches Talking Doll : This Chucky doll is articulated at necks, shoulders, and hips. It speaks 4 different movie phrases when you press the button on the back. The bright-red hair, wide-eyed innocence, and cheerful s…
Post a Comment
Read more 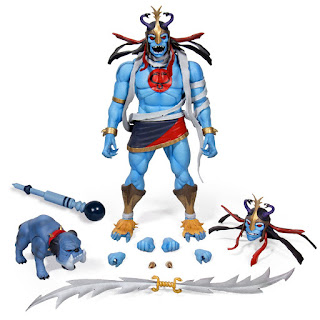 All ThunderCats fans will be delighted to know that Cartoon Network has posted the first episodes of the upcoming series ThunderCats Roar online. This series is a new take on the well known tale of cat like humanoid aliens which were originally created by the Japanese studio Pacific Animation Corporation.

The original ThunderCats show ran between 1985 and 1989. In 2011-12 we saw a second series of the same name. That makes ThunderCats Roar a third coming of the super space cats. The feline characters have inspired comic books and video games as well. You can stream the two-part first episode 'Exodus' on the CN APP.

Dear ThunderCats fan, featured in this post are new ThunderCats action figures available on Entertainment Earth. Grow your collection while we wait for the official launch of the new TV series. 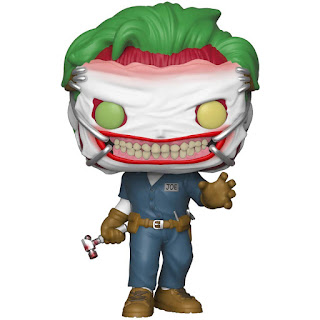 I hope you found The Joker Statues Action Figures and Masks I presented in the previous post to your liking. Featured in this post are the best Funko Pops! released so far on this popular character.

1. The Joker - Death Of The Family 1337-492836 : With a blood-stained hammer in his hand and a freakish determined look The Joker seems to be communicating this feeling - blood is red, corpses are blue, I'll kill your whole family, because I love you! Buy The Joker - Death of the Family Pop! 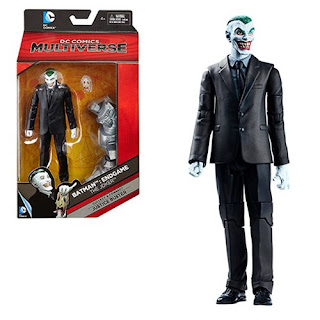 Joker, the psychological thriller starring Joaquin Phoenix and directed by Todd Phillips leads the race to the Oscars this year with a total of 11 Academy Award nominations. The movie crossed the $ 1 billion mark in box office collections  and was one of the biggest hits of the previous year.

Dear reader, featured in this post are best Joker statues, action figures, and masks available on Entertainment Earth. In case you watched the movie and like it I am sure you'd want to purchase one or more of these fantastic offerings :


1. The Joker Action Figure - Not Mint NMMTDKN38517 : This collector quality action figure in 6 inch scale features 20 points of articulation. Clad in a smart black suit the protagonist of the much acclaimed movie is seen flashing his evil smile. Manufactured by Mattel this DC Comics Multiverse figure is recommended for children 3 years and above in age. Buy The Joker Action Figure by Mattel.

“As an Amazon Associate I earn from qualifying purchases.”